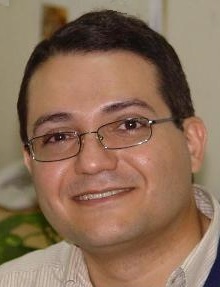 Eng. Bassem has graduated from faculty of Electronic Engineering in 1995. Before graduation he has gained many prizes in software development from international magazines (PC World). As recognition of his early achievements in Software development, he has been awarded, by the head of Cabinet IDSC (Information Decision Support Center), a scholarship in ITI in 1996. He has graduated from ITI Intake 8 with a pioneering graduation project “Haneen” that he developed with two of his colleagues. Haneen was the first social media portal on the internet and it was dedicated to serve Egyptians living abroad. Haneen gained lots of internationally recognized awards including best Arabic web site on the internet in 1997 and finalist award in “Stockholm Challenge” as best social and community service web portal in 1999.  Since his graduation, he has been working in Software development creating applications to serve individuals, companies and corporates taking various ranks in different organizations. He has worked in ITI as web application development instructor until 1998.

He joined Ericsson in 2002 as an Expert for mobile internet software development then took various leadership roles in Ericsson North Africa until 2007 when he established Ericsson Software development center, known as CAC, that invented CADE (Customer Adaptation Deployment Environment) software platform that is being used in many mobile network backend systems. CADE platform has been added to Ericsson portfolio and sold to many mobile operators world-wide and still serving millions of mobile subscribers managing their prepaid credit balance, credit and rewards points.

In 2009, Eng. Bassem became the regional director for Multimedia innovation centers in Africa and lead Egypt center to become a world-wide delivery organization in 2010.

In 2013, Eng. Bassem decided to establish his own company “SpimeSenseLabs” that is specialized in developing Internet of Things applications and invented the IoT platform MasterOfThings in cooperation with ITI. SpimeSenseLabs is also cooperating with ITI to build highest caliber IoT competences for ITI graduates who will build IoT industry in Egypt and rest of the Arabic world.

A hands-on session on developing IoT Applications for Smart Cities. The content is targeting audience with various technical levels including technology executives as well as technology professionals and programmers with hands on experience.  we will start by exploring the IoT application for smart cities and then we will build up one or two of the applications (street lighting and parking) during the session.

Topics/content covered in the session:

To attend this session, you are expected to bring your own devices (an Android smartphone with a 3G internet connection and a laptop with Chrome browser) to practice the hands-on part.

All session by Bassem Boshra